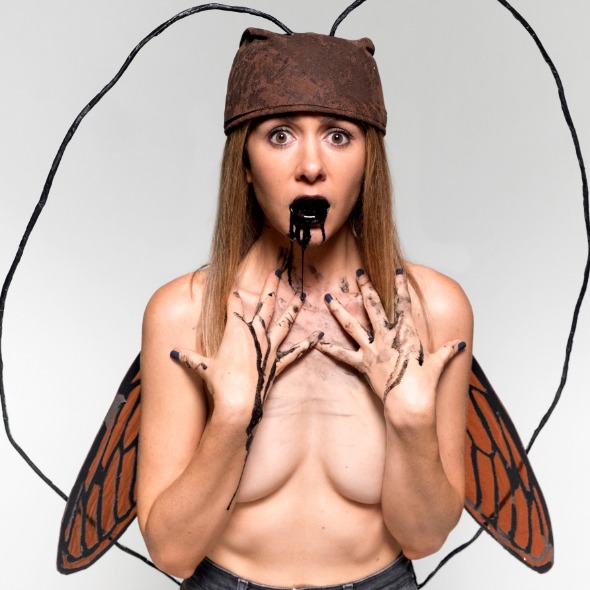 An amoral revenge tale for the #MeToo generation.

Cockroach is a hilarious prose poem/grunge cabaret about female anger. Disrupting Kafka’s and Ovid’s Metamorphoses, Cockroach addresses the issue of violence against women with more violence! There will be no apologies. We are done with smiling politely!

Fresh from Adelaide, Sydney and Melbourne Fringe, Cockroach is an anthem for our times: furious, funny and hopeful.

When C wakes from a nightmare, she finds herself transformed into a monstrous vermin. For too long, she’s been told there’s something wrong with her. For so long, she’s yearned to behave badly. Tonight’s her night of reckoning! Join C on a bloodcurdling bar crawl as this avenging exoskeletal anti-heroine rises from the ashes of abuse to become the true definition of a pest.

Part free-verse poem, part dance theatre, part grunge cabaret, this riotous urban-noir adventure subverts the patterns of rape in Kafka’s and Ovid’s Metamorphoses to explore the silencing that follows abuse and the transformations that occur recovering from it.

Writer/Director Melita Rowston and performer Leah Donovan find a loophole of laughter in the tragedy of abuse so healing can take place. Featuring a live score by Benito Di Fonzo smashed together with percussion and Fender Strat, Cockroach is also about peeling off our armour so we can be seen.