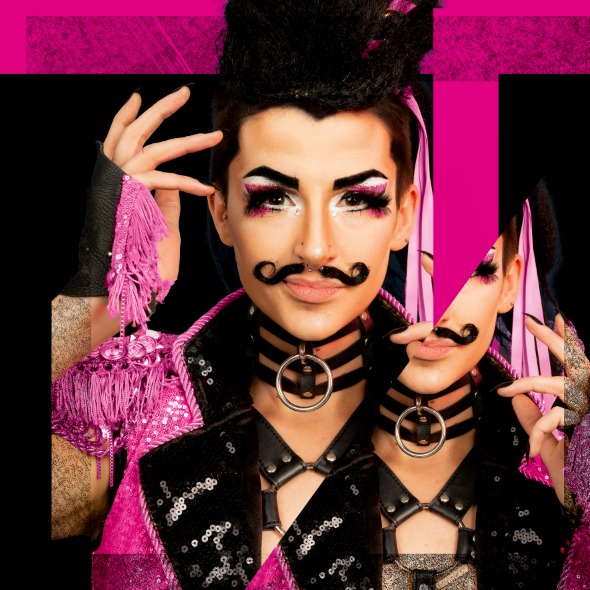 Every boy deserves to feel beautiful.

George Fowler (aka Hugo Grrrl) is a trans man, drag king and Wellington-based comedy and cabaret producer - creating smutty, rough-around-the-edges, politically-charged theatre that’s bound to leave ya with a smile on your face and a bit of glitter in your hair. This quirky bloke was nominated for Wellingtonian Of The Year 2018 for his work on diversity in the arts, and has won Best Producer, Best MC and Outstanding Achievement in the 2018 Wellington Comedy Awards. He won Season 1 of TVNZ’s House of Drag, was the first drag king to ever be featured on a televised drag reality show and is the first New Zealander to headline the Austin International Drag Festival.

Princess Boy Wonder is the premiere opportunity to peer into the mind behind the moustache.