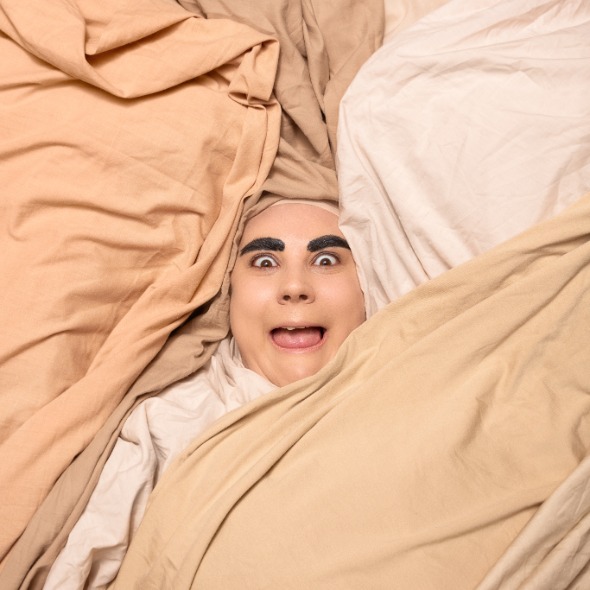 WORM has emerged and it wants to play with its new friends...you.

After two riotous seasons in Christchurch and Auckland, WORM finally makes its Wellington debut as part of the the NZ Fringe!

Deep from within the mind of Phoebe Hurst (That Bloody Woman, Mr. Burns, Hedwig And The Angry Inch), WORM is a "Mr. Bean on LSD" physical comedy trip. Drawing on elements of clown and bouffon, absurdism and everyone’s least favourite colour, it is sure to delight and disturb.