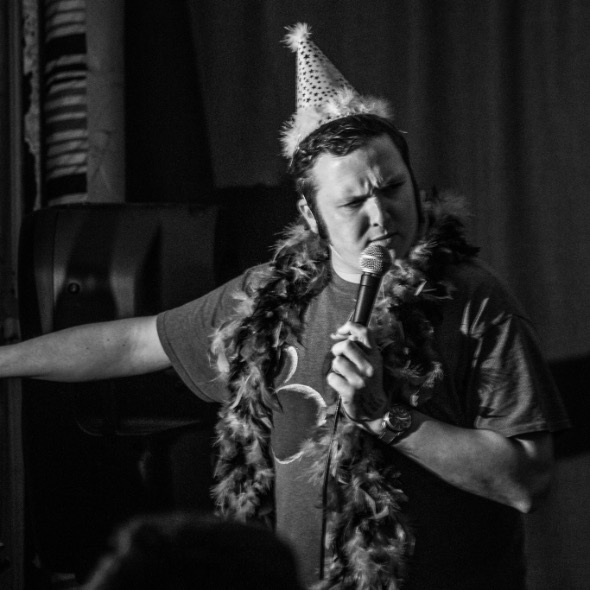 This show is a betrayal of everything I hold dear! It's offensive, it's cloying, it's a clear and unmitigated grab for prestige and the poster is a big picture of me! I am a twat! Anyway, me! This show will mark five years since I started doing comedy and I still don't have any awards. Not even when my friends made them up out of thin air. I won one thing once. It was a box of crap cereal from a radio phone-in competition when I was a kid. That's not in the show, I just remembered it.

Now, you might say; "Well Simon, try getting off your lardy arse and work harder at being the best you you can be and maybe someone will reward you for your efforts!" - but we all know that's not how it works and I'm angry about that and I don't care about awards so I want one desperately.

Honestly, I never intended for this to be the show. I never wanted to do anything so obviously critically genital-tickling as a 'themed show' but it just happened after a bout of extreme bitterness manifested itself whilst carrying an exploded traffic cone home to my flat. How that traffic cone figured in my volcanic self-loathing - you'll have to come and see the show.