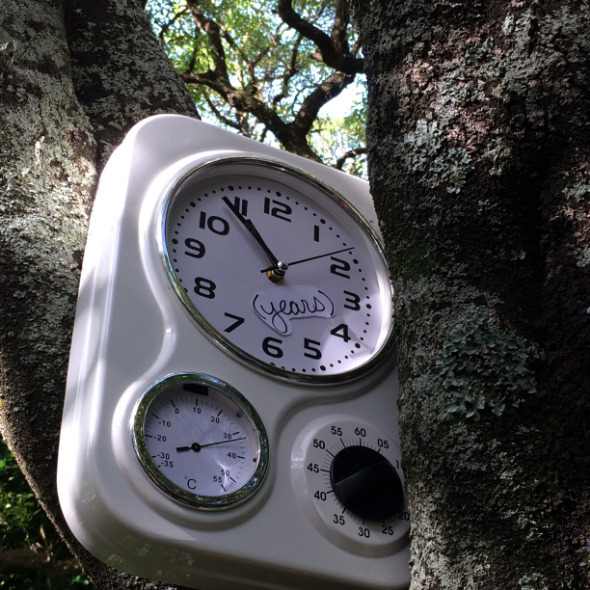 Now…now…now…. if not now, when? A devised work exploring themes of climate breakdown and eco-catastrophe, Ten and Two-Thirds (years) is performed in slow tempo to a rich soundscape, but has no spoken language. It follows two travellers as they explore an uncertain near future, witnessing scenes of beauty, excess, desolation. This show was inspired by the October 2018 UN IPCC report which warned that humanity had about 12 years to make the radical changes needed to avert runaway climate chaos. After decades of political inaction, the science is finally gaining widespread attention. As David Attenborough observes: ‘Never before have we had such an awareness of what we are doing to the planet, and never before have we had the power to do something about that’. Since October 2018, news of extreme weather events, enormous fires, ongoing confirmation of the sixth mass extinction have fuelled mass protests and civil disobedience calling for climate justice and an end to eco-cide. As a small contribution to this shifting public conversation, an earlier version of this show (called Eleven and a Half Years) was devised by third year Victoria University of Wellington Theatre students. The minimalist performance style follows theatre maker Ōta Shogō (1939-2007) who aimed to construct a ‘perspective of death’, distancing viewers from social forms of living so they could see humans not as individuals, but as a species travelling the absolute cycle from birth to death (Mari Boyd, Aesthetics of Quietude). Ōta’s aesthetic vision offers a powerful antidote to the human-centric, extract/ exploit/ consume relationship we have developed to the more-than-human world. A year and four months on from the release of the IPCC report, we offer our slow steps for these fast times to help open space for contemplation of ways forward. Hope? Despair? Both are luxuries. What will you do with this