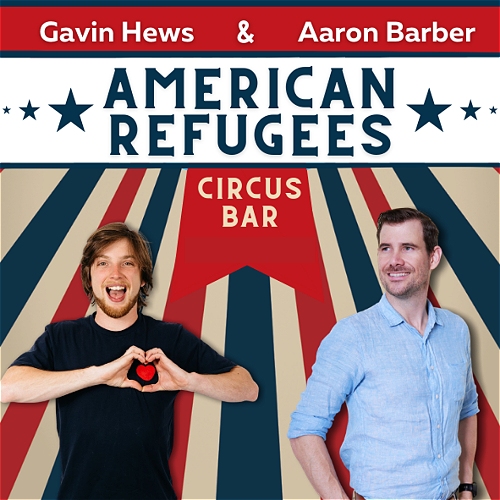 Ladies and gentlemen, two of America's least known but most liked comics are stuck in NZ as grateful refugees. Aaron Barber and Gavin Hews are slanging their best 30 minutes of material each for their first one hour show in NZ.

Gavin Hews has been an active comedian in the Wellington scene for the past 3 years and has been organizing shows across the country for the past year.

The host of the podcast 'Gavin Learns', Gavin uses curiosity, energy, and a unique state of confusion as he humorously navigates his way in New Zealand.

Aaron Barber has been performing and producing shows across Southeast Asia for the past three years. Between creating the KL Roast Battle and appearing in Indian Action Films, he's been delighting audiences with offbeat and irreverent humor. You'll love his stories of growing up in Texas, relationships and surviving in Asia.