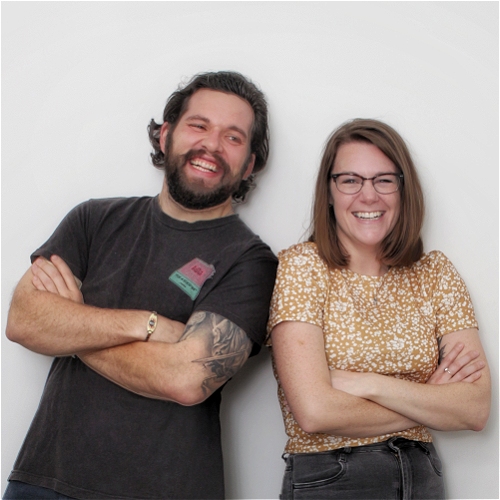 A Canadian and an Irishman walk into a bar and realize they aren’t the same kind of 30-something.

Comedians Miranda Camden and Richard Dowling are former flatmates, good friends, and both foreigners to New Zealand but are on vastly different ends of the 30’s experience. Doing Thirty is an hour of stand-up comedy that will bring you the highs and lows of leaving your 20’s behind. Miranda will dive into what it’s like to be mistaken for 22 when you’re single while Richard discusses the joys of attending toddler birthday parties with his fiancé. Neither of them seem to understand how dating apps are supposed to work.

Miranda Camden started comedy in 2018, but is already a regular MC and support act. Her style of comedy has been described as unapologetic, which is a pretty amazing feat for a Canadian. A Wellington comedy staple, with Best MC and Best Up & Comer nominations in 2020 at the Wellington Comedy Awards, she's not shy about discussing the trials and tribulations of her dating life. The good, the bad, and that one guy that compared her to a fast food icon.