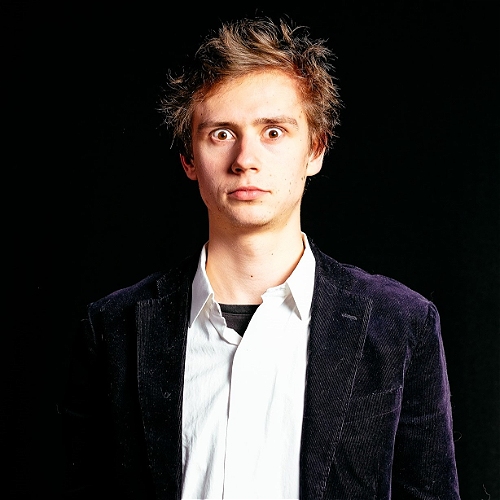 Life is full of awkward moments. "Hey, it's the awkward guy!" is a comedy show about all of things awkward, silly and absurd. Severin’s jokes run the embarrassment gambit; from a weird interaction in an internet café, to having a baby face in your mid-twenties.

There will also be awkward moments from you, the audience! Because if we are all awkward, then none us are awkward right? Surely.

Through an hour of jokes, stories and shared experiences; come celebrate the awkwardness in all of us!

Severin Gourley (Best Male Comedian, Cartel Comedy Awards 2019) has been a stand-up comedian for the last six years, performing on comedy shows across the Capital. He has delighted audiences on such shows as The Medicine, Young Guns and The Dank Comedy Show, as well as being a Wellington Pun Battle Finalist. He has also performed in Tokyo, Japan on such shows as Get on the Mic! in Toshima and Live English Standup Comedy in Asakusabashi.

Severin is a veteran of the Wellington International Fringe Festival, having performed for the last three years as one course in the show Three Course Comedy.

"He refers to pop culture and engages the crowd throughout... I am laughing louder and harder than anyone else." - Catherine Hart, Art Murmurs

Comedy Spoken Word/Storytelling
Back to Programme