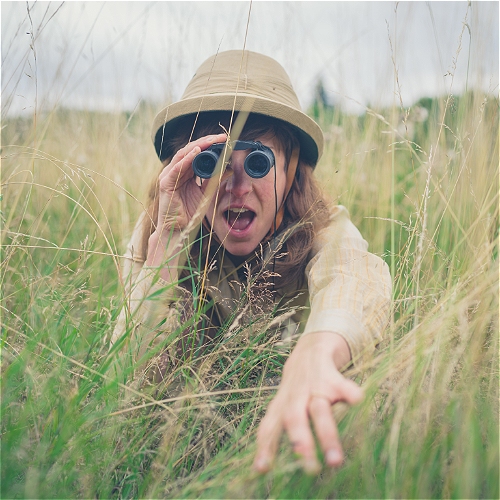 After 12 years in the wilderness, studying the world's most intriguing animal... Professor Wild Returns!! He's back with a 50 minute episode all about HUMANS! From mating rituals to colonisation, Professor Wild dissects this strange creature through stories, stock footage and song.

In 2009, Professor Wild made his debut showing animals to the world on hit Children's show What Now. In 2019, 38 people signed a petition to bring Professor Wild back. The people spoke, and now in 2022 he has returned for one night only at Wellington Zoo!

In a unique "children's show for adults" (It's for adults, but in the genre of a children's show. It's complicated but like...just don't bring your kids ok?) awarded nominated performer Austin Harrison (Magnus Steele, Playshop, The Party, PopRox Improv, Don't Wake Me Up) pulls every creative string he has to bring you a hilarious and hope-filled night of entertainment, reflecting on our progress and future as a species. Bring a blanket, and join us for what is bound to be one of the most memorable nights of NZ Fringe 2022!!

"There has been a hole in my life since wild school went off the air. I miss him so"- Campbell Wright

"I’m signing because although he might get his masters, this is the closest Austin may ever get to being a Professor"- Nina Hogg (Petition Signee)

"I care deeply about the kids, and by signing this we're one step closer to making Aotearoa the best possible place to be a kid, because [Professor Wild] is here"- Millie Osborne (Petition Signee)