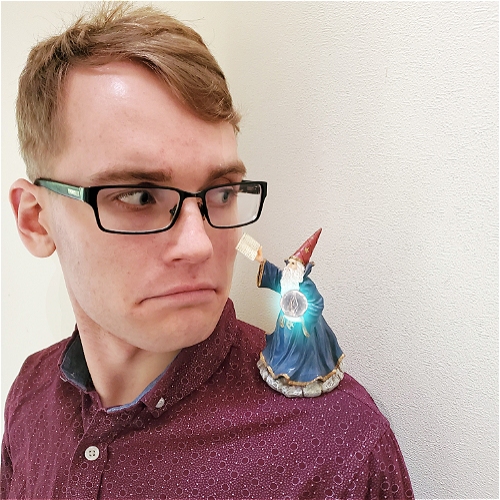 Love D&D but wish it was more immersive? Welcome to Role for Initiative! The show where characters and creatures come to life on stage, strength checks rely on an arm wrestle, dice aren't used how you'd expect, and the hero of the story is... you?

Role for Initiative is a new improvised role playing show, where members of the audience are called upon to play heroes, monsters and villains, and skill tests actually rely on the skills involved. Performed by Campbell Wright (and you!), a Wellington Actor, Improvisor and Director, involved in creating/performing for Duets (Fringe 2018), Order Up! (2018), Studylink Presents! (Fringe 2019), NZ Improv Fest 2019, Inquiet Moments (Fringe 2020) and Stepping Up (Fringe 2020).

Role for Initiative sprung out of a love for role playing games, but a hate for watching people sit on a stage and roll dice, taking all of the most fun parts of role playing and condensing them into an action packed hour of insanity. Get ready for an evening of unexpected hilarity as heroes set out on grand adventures, monsters are slain, and dragons are dungeoned in the Wellington debut of Role for Initiative!