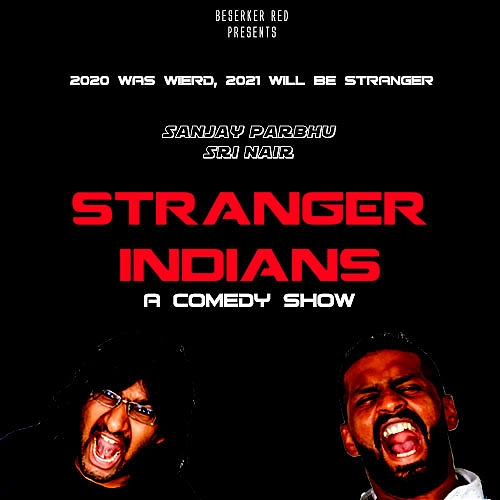 "Stranger Things, remember that popular Netflix show? Well this has nothing to do with.We are a comedy show containing stand up, story telling, video sketches and cultural faux pas."

The second funniest Sanjay in New Zealand and the strangest Indian you will ever meet. A second generation kiwi born and raised in Newtown, Sanjay has been lucky to have Indian influences and kiwi culture around him. Combined with a love of pop culture from other parts of the world, this has resulted in the wonderfully (and questionably baffling) unique creature that can only be described as Sanjay. Always delivering a high energy performance filled with stories, puns, props, sound effects and whatever else is on his mind, he’s not crazy, but he sure is strange and sure is funny

An immigrant who became a resident , a resident who became a citizen and a citizen who will forever remain a Stranger Indian. Sri Nair is Kiwi Indian born in India, raised in the middle east and living in New Zealand with a humor based on his cultural background and experiences living in the three regions. From story telling to observational humour, Sri Nair just wants the world to be seen through his strange eyes.