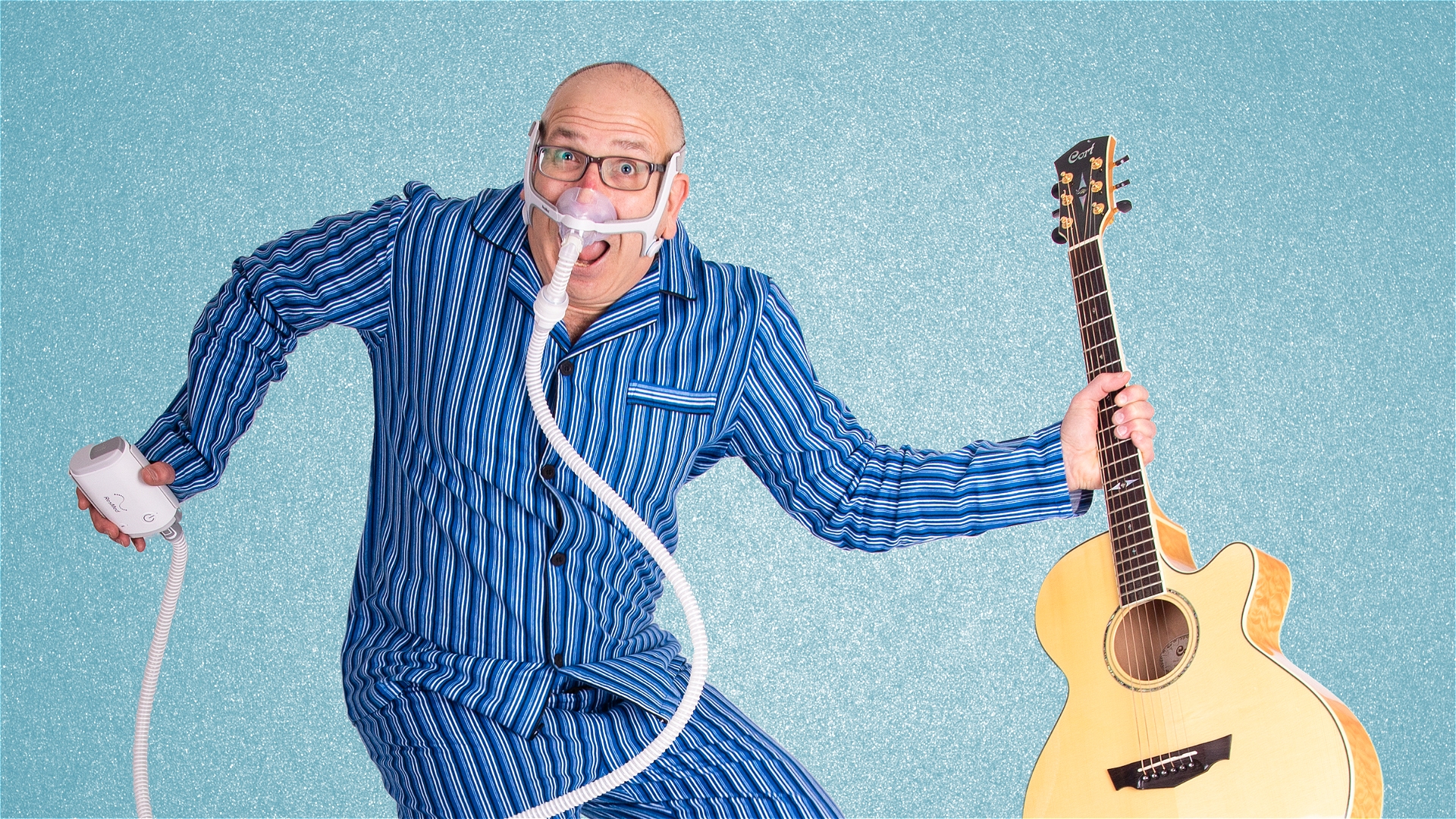 The Book of Snorin' - Sleep Apnea the Musical

After a sold-out debut season at the 2019 Melbourne International Comedy Festival, the world’s first comedy show about sleep apnea is here. This hilarious show follows Australian musical comedian Stew Walker on his quest to treat his sleep apnea and escape the bungalow blues.

If you snore or love a snorer, then Stew Walker’s show featuring 'Stewpid' songs about snoring and sleep apnea will not only amuse you, but it could save your relationship or even your life!

Stew has sleep apnea and snores a LOT! His snoring is so loud that his wife has kicked him out to the bungalow and the neighbours have lodged noise complaints with the police. And sleep deprivation is causing havoc at work, where Stew nods off more often than a bored parliamentarian.

"One of the best comedies I’ve seen at the Fringe. Not to be missed." - Buxton Fringe Reviews (UK)

Best Cabaret, Musical or Variety Nominee: Fringe at the Edge of the World 2020

This event will be available on demand during the festival 18 Feb - 12 Mar. If you'd like to be the first to know when the link becomes available email boxoffice@fringe.co.nz

Cabaret Comedy Online Digital Drop In No Restrictions
Back to Programme