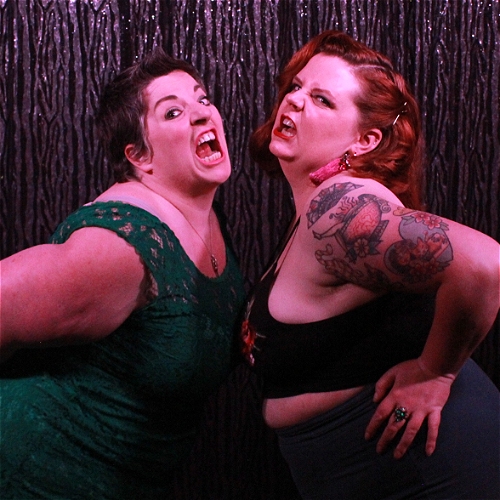 The Fat and the Furious

With a fully rounded cast of fierce fatties, The Fat and the Furious are going to take up every inch of space that they deserve to. Comedy, music, burlesque, opera, circus, drag – delve into the depths of delicious cabaret with a different line-up each night.

Creatif Kate and Viola Nightshade are fat. They're not brave for getting on stage as fat people, they just love being on stage. They've gathered a gang of gloriously gifted flabby folk who also love the stage for a spectacular night of entertainment.

Creatif Kate is a producer and performer, well-known on the comedy, poetry, and cabaret scene of Wellington. Viola Nightshade has been performing burlesque for years and is as talented as they come.