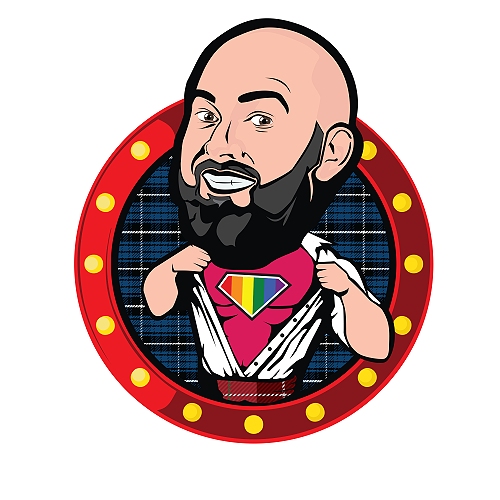 After fleeing Scotland and spending a particularly misguided decade in Australia, Ryan McGhee plonked his fabulous gay ass in New Zealand. Ryan thinks of himself as "born and fled" - while he’s fiercely patriotic as a Scotsman, he’d never bloody live there! Ryan will be sharing his take on the cultures of Scotland, Aotearoa & the gay scene.

Ryan has recently been nominated for 'Best Newcomer Lower North island' at the NZ Comedy Guild Awards and Best Newcomer for the Wellington Comedy Awards.

Ryan will be joined by transplanted Teessider and NZ citizen Michael Macaulay, whose family-friendly swearing and discreet nudity is the talk of church halls throughout the Kapiti region.