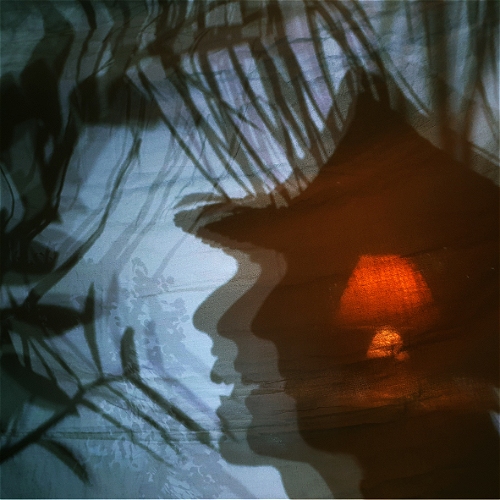 Journey with us through a shrouded landscape knowable only through the shadows it casts.

On The Veiled Isle, the ocean is made of sand, the future is ancient, and your guides speak only in music....

The recorded companion EP, The Vile Isle, is out on digital streaming services everywhere on January 28.

Birdfeeder was formed in 2019 by long time friends and musical collaborators Stephanie Cairns (keys/vocals, lead songwriting), Josh Harris (drums) and Marley Mokomoko-Young (bass). Their music is characterised by unearthly melodies and vintage timbres, with lyrics spanning the personal, political and cosmic. They are gathering a reputation for catchy songwriting and a quirky visual aesthetic with their live shows and two self-produced music videos for Banana Boxes (2020) and The Long Haul (2021). The Veiled Isle was originally created in 2021 for Lōemis Festival.

Creative director and band leader Stephanie is a multi-instrumental musician and occasional puppeteer. Besides Birdfeeder she has played in Cotton Daisy Backstep, Gamelan Padhang Moncar, and Swamp Doctor (also with Josh Harris), and a number of theatre collaborations. Puppetry works include The Shadow Chateau (CubaDupa 2015/2016) and Fishy Fishy (NZ Fringe 2018).