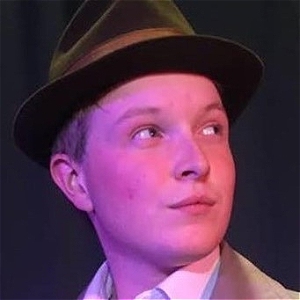 Magnus Steele is an improvised, interactive crime–thriller created by ‘Golden Boy of Wellington Improv’, Austin Harrison. Infamous private eye Magnus Steele investigates the crime of the century through interrogations, jazz, and beat poetry, but here’s the catch: all the victims, suspects, and witnesses are played by YOU! Come prepared for hilarity and bad accents, and to be a part of the show!

“...a whimsical stand out character act... His performance is tongue in cheek and even more endearing when he breaks character.” – Lizzie Murray, Art Murmurs (Study Link Presents, NZ Fringe 2019)

“The way [Austin] flicks in and out of the fourth wall is masterful.” – Audience Feedback (Late Night Knife Fight)