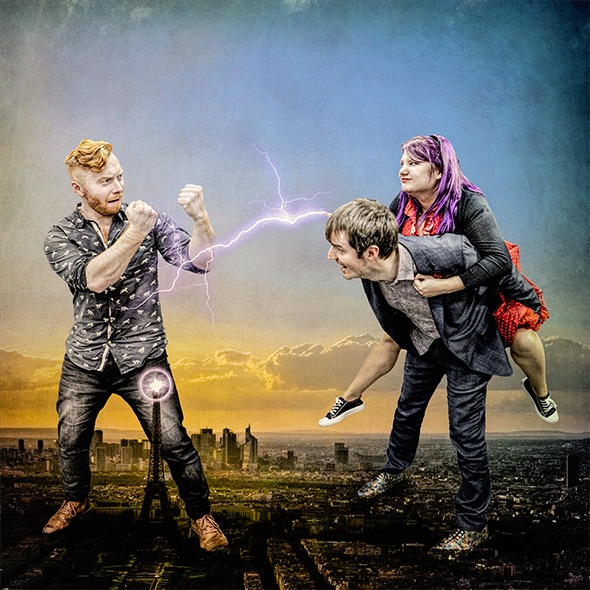 It's time to don team colours, learn team chants and get to the game!

Not a game played with the round balls or even the squishy-shaped balls, and the venue is no grassy paddock, this is a Battle of WITs. Original improvised theatre will be made up before your very eyes and YOU decide which team is the best on the night.

Battle of WITs was The Wellington Improvisation Troupe's very first official show when the group formed back in 2003. The format hasn't been played it in a few years, but in a wave of unrepentant nostagia WIT declared it time to unleash the high energy high stakes competition again. This Fringe there'll be three nights of hard-out heats, and a Grande Finale on the last night. And the ultimate winners will take home a glorious trophy to prove that they are the ones who have what it takes to win improv gold.

Talented improvisers will boldly risk life and limb to conjure up scenes on the spot, aiming to outwit and outlast their competitors. The audience decides who perishes and who prevails, so come along, pick your favourites and make them champions!

"The format mixes experienced players and adoreably bold newcomers," says Ali Little, the show's creative director. She claims that anything could happen as stories and songs and scenes are created from nothing more than audience suggestions and player inspiration. "It could be a wild ride".