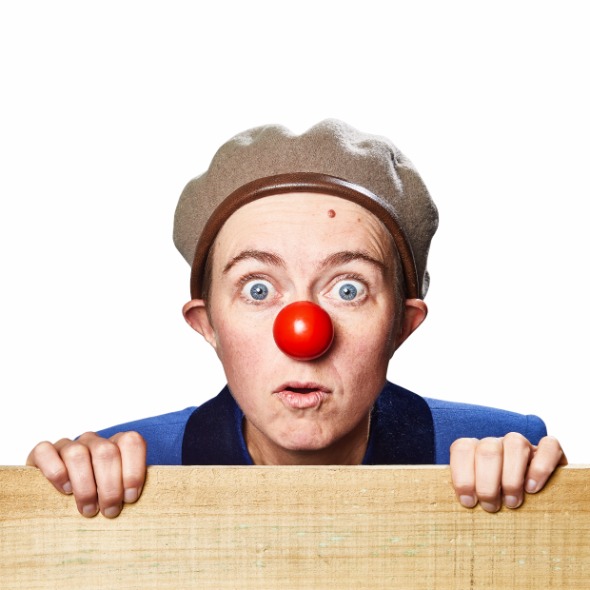 This is turbo-charged clowning at its stupidest and most precise.

Life is going swimmingly for Jofus until one day there’s a knock at the front door. It’s the big bad wolf. Jofus leaps out the window and starts to fall. Like Alice tumbling down the rabbit hole, time stretches and a surreal adventure begins. As they hurtle towards the concrete Jofus encounters a host of outrageous characters and bizarre scenarios. This is a live action cartoon for people who grew up on Robin Williams’ Genie, Saturday Disney and The Simpsons.

Jofus and the Plank is an hour long multi-character physical comedy that melds clown, mime and storytelling.

From the makers of Not Romeo and Juliet and multi-award winning physical comedy ensemble PO PO MO CO.

Lily Fish is a phenomenon. She is astonishing. She is a comedienne, a mime, an acrobat and a chameleon - Stage Whispers