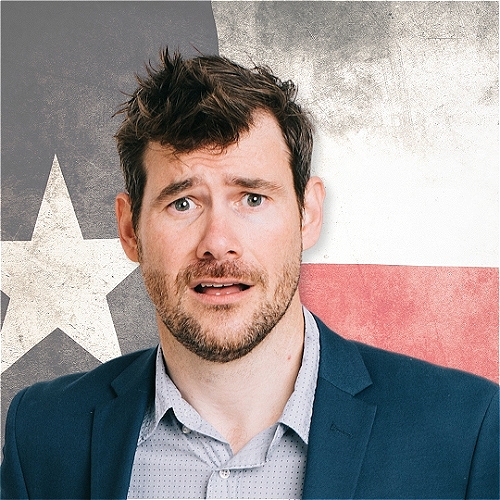 Former Texan Aaron Barber found himself "stuck" in New Zealand during the pandemic.
Unable to return to his adopted home in Malaysia and unwilling to go back to America for... reasons, Aaron jumped headfirst into the NZ comedy circuit.

As co-creator of the 2020 Fringe Show Tour  "American Refugees" and producer of the hit series "Yeah...Nah Comedy" in Wellington, Aaron has been spreading big laughs to audiences across Aotearoa.

For Aaron's first Fringe Solo hour, he recounts the hilarious stories of his progression from awkward theatre kid in Texas to awkward adult man and standup comic traveling the world seeking a new place to call home.

Brash and loud measured with wit and charm, he's one act you won't want to miss.

--
"Nothing but a comedy delight" -Merry Lion Singapore

“Aaron Barber easily disarms the audience with his southern charm and sharp wit. Fans are urged to catch him before he gets too big for his cowboy hat!”
- Dr. Jason Leong: Netflix' "Hashtag Blessed"

Comedy Spoken Word/Storytelling Other
Back to Programme