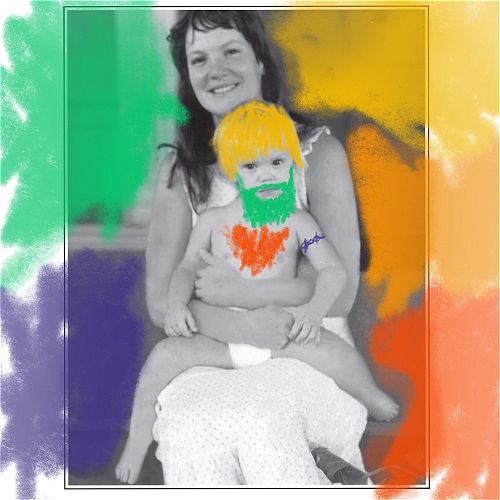 Over the past five years, a feature length documentary has been in production following Adam Rohe’s transition. Now– you’re invited behind-the-scenes! A live exposé adventure into an already intimate and earnest film.

Featuring clowning, sock puppetry, narration, live music, and never-before-seen footage, this show has it all.

Adam Rohe is a prominent transgender actor, director and clown. Man Lessons is a bold, beautiful film by close friend and filmmaker Ben Sarten, who has followed Adam through doctor’s appointments, surgeries, psychosis, and the day-to-day.

Over the years, hours of footage of been collated and not all of them will make the cut… But make excellent theatre. Man Lessons: The Live Show also features stories not captured on film.

A theatrical dream team present a live multimedia experience that celebrates finding empowerment in the making of one’s self.

You can read more about the making of Man Lessons the film on The Spinoff here.

Theatre LGBTQIA+ Live Parts No Restrictions Accessible
Back to Programme